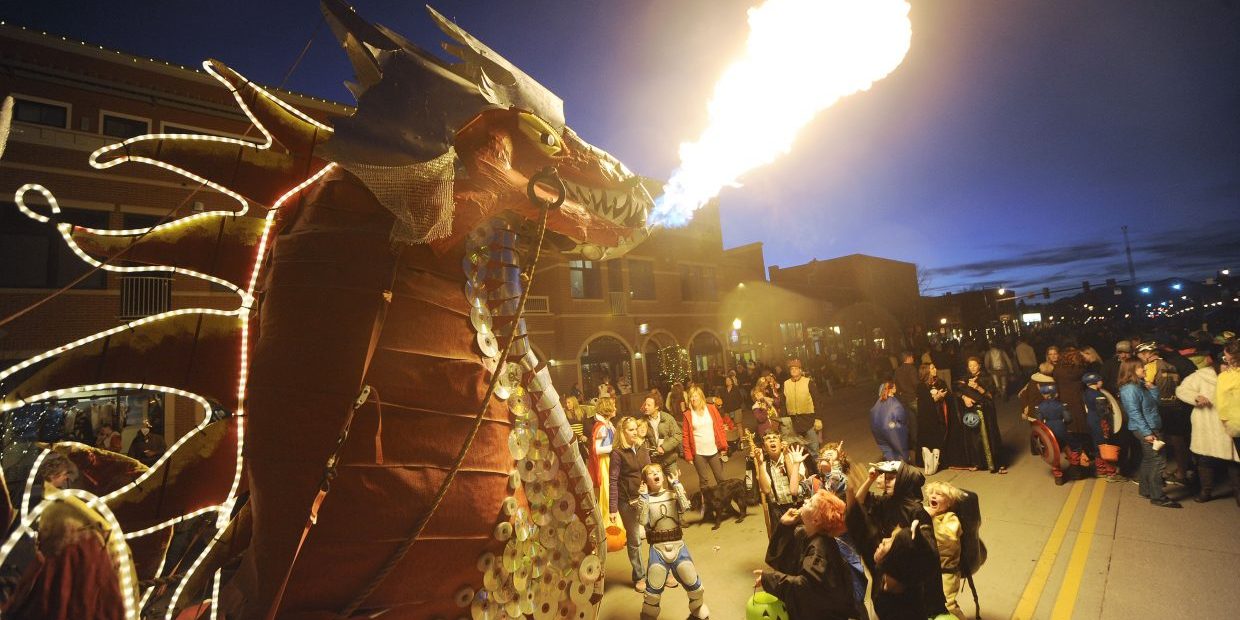 There might be plenty of costumes and candy, but in Steamboat Halloween is all about community.

Unlike the rest of suburban America where kids swarm the neighborhoods for candy and parents panic about making sure they don’t run out, Halloween in Steamboat is a time for community gathering—and of course, it’s also one of the biggest street parties of the year.

“It’s actually really interesting from a historical perspective,” says Sara Gorevan, The Porches concierge. “Because the ranchers were so spread out, they wanted to have an event where everyone could get together and experience trick-or-treating.” The event, now over 30 years old, has become the hallmark occasion for the off-season and attracts visitors from all over who want to experience a big party in a small town setting, though it is still one of the most authentic and local events of the calendar year.

“They close off Lincoln Avenue and there are all kinds of vendors with hot cocoa and cider and candy for trick-or-treating” Gorevan says. “And the costumes are amazing. My favorite are families who get dressed up in themes. It’s one of the most fun events of the year and it definitely showcases the Yampa Valley’s strong family vibe and sense of community. This is an event that has grown up out of that.”

Emojis will be everywhere this Halloween as it’s an easy and current costume to put together without a lot of fuss.

If you’re not obsessed with Game of Thrones, do some binge watching before the end of October so you can appreciate all the Daenerys, Jon Snow, Sansa, Cersei, and the other characters of the Seven Kingdoms of Westeros you’re going to see out there wandering the kingdom of Steamboat.

Minions are going to be another craze because let’s face it—this is one of those movies that’s as much for the parents as it is for the kids. For adults who still a kid at heart, Guardians of the Galaxy will have cult status by October 31. Speaking of which, Star Wars is the perfect thing for your whole family to bridge the generation gap.

Where to get a costume in Steamboat …

The Costume Party Shop has a great selection of costumes and is located in Sundance Plaza, just a few minutes away from The Porches.

For more information on the Halloween Stroll or to make shuttle arrangements to take you to the event, contact our concierge.