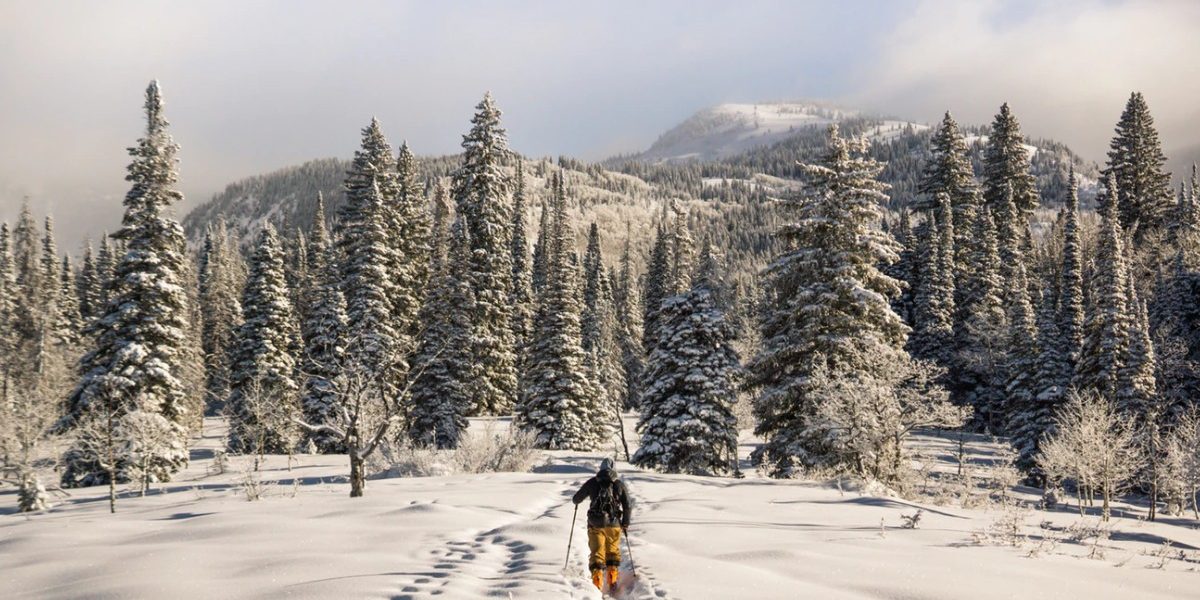 Before European settlers came over to the Americas, Steamboat Springs and most of the Yampa Valley were the summer hunting grounds of the Ute Native Americans. The Yampatika Ute and Arapaho tribes also used the valley for the natural hot springs and minerals that resided in the area. Seeing the springs as a form of natural medicine, these Native American tribes considered the area to be a sacred place of healing, both physically and spiritually.

The name Steamboat Springs wasn’t officially used until the early 1800s when French trappers began using the valley to trap game. The natural hot springs would oftentimes whistle, mimicking the sound of a steamboat engine. After the trappers discovered the natural mineral springs, they gave them the nickname Steamboat Springs. This name, of course, eventually stuck and was used more than just as a simple nickname that trappers would use to get around.

It wasn’t until the late 1800s that settlers started to move into the area. In 1874, James Crawford built a cabin near present day Iron Spring, as well as a log shelter over the hot springs that were nearby. Crawford also lived in Boulder, Colorado, and after spending a few winters in the well known Colorado town, convinced several wealthy businessmen to join him in developing the mountain town of Steamboat Springs. By 1883, several families and businesses also made the move up to Steamboat, and by 1885 five other families, a printing press company, and a sawmill had moved into the area.

Steamboat Springs eventually grew into a large establishment with many people and companies making the long move out to the mountain town. In 1900, the state of Colorado officially made Steamboat Springs a town, making James Crawford the first mayor of the city. By 1902 the town was flourishing, housing several hotels, banks, general stores, and the town’s first electric company, called Steamboat Springs Services Company. The town’s first railroad line was built in 1909, which allowed for more tourism and helped strengthen the local economy. Unfortunately, the railroad did silence the iconic steamboat noise that made the town famous to begin with.

While skiing had been a popular mode of transportation in Steamboat during the winter when the town was first established, it wasn’t quite as popular as it is today. It wasn’t until the early 1910s when the Norweigan born Carl Howelsen brought long distance ski jumping to the region that skiing was recognized as a sport. After that, Steamboat became a very popular destination for all things related to skiing. However, it wasn’t until the early 1960s that the first ski resort was established in Steamboat. To this day, Steamboat Springs is a popular skiing and mountain biking destination for people all over the world.